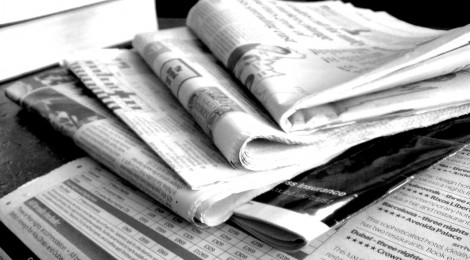 Apparently we did not learn from “22/7” in Norway. Instead, we continue a moral game of blaming each other. This is what a new study is showing.

Extreme right wing terrorist’s Anders Behring Breivik’s attacks in Norway on 22 July 2011 were the deadliest attacks in the Nordic countries since World War II. In spite of this being such a dramatic and devastating event and its historical depth, Danish media coverage, surprisingly, did not strictly focus on historical and social science facts in relation to “22/7”, but were more busy rehearsing pre-existing political disagreement and entrenched positions.

The Danish radical right politicians and commentators were washing their hands declaring Breivik insane, denying Islamophobia, and blaming domestic adversaries (and “multiculturalism”) for derailing the debate. And that left wing commentators saw the radical right wing as the enemy.
These conclusions come from a new study of the Danish media coverage of the first 100 days since “22/7.”

The study is part of a theme issue on “22/7” of Nordic Journal of Migration Research (Vol 13, 4, published on 15 January 2014), which also includes a study of the Norwegian Media coverage of the first 100 days.

The study of this first wave of media coverage is intriguing in the sense that it shows we had not learned anything from “22/7.” On the contrary, it showed how the “boxing match” style of throwing punches at each other when dealing with the phenomenon of mass-murderer Breivik is a simply a continuation of Breivik’s own message: It is the fault of the other.

The Norwegian study by Elizabeth Eide and her students reveals that in Norway as well the news media debate was roughly divided into two strong positions. One blaming society for not giving enough space for the extreme and radical right wing citizens to express their views on Islam and multiculturalism, and another seeing terror as connected to the high degree of hostility towards migrants and Muslims.

One of the reactions to the 22/7 event is to pathologise Breivik himself, that is to turn him into a mentally ill person or a lone wolf. This reaction does not derive from any analysis of what is known about Breivik but constitutes both a speculation and serve as a rhetoric device to Breivik and 22/7 into an exception or even an accident. If Breivik is mentally ill, history is taken away from him. Attention is diverted away from his basic opinions, which are in fact shared by many people on the far right.
(Susi Meret and Peter Hervik (lead article), Erostratus Unbound: Norway’s 22/7 Converging Frames of War)

Another interesting article in the theme issue about 22/7, written by Gavan Titley, examines the prevailing invocation of “war” in the debate and Breivik’s compendium, which he argues is a condition of counter-jihad networks and serves as the license for mainstream polemics on the “failing experiment” of multiculturalism. (“They Called a War, and Someone Came”)

Finally Jelle van Buuren presents an intriguing study of the “Eurabia” ideology. Van Buuren shows how this conspiracy ideology and performance works as an operational spur – with a quest to act, to embrace urgent, extraordinary or violent action in order to rescue civilization from destruction – thus opening up a nice slot for exposing oneselves as heroes, who only do what needs to be done. (“Spur to Violence?”)