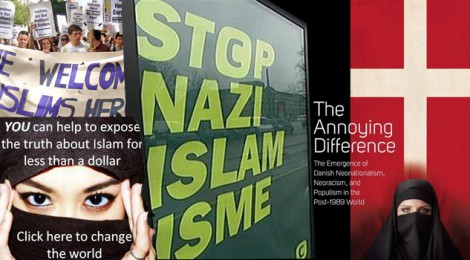 Ten years after the newspaper Jyllands-Posten published 12 cartoons the Muhammad Carton Crisis continues to be a discursive reference point for new controversies involving artists and threatening Muslims. When the cartoon story (and stories about the cartoons) and the global violence peaked in early 2006, the different actors and events at different times and places were reified into a single event, a global story about a clash of civilizational values. Yet the event had no clear beginning or end, which indicated that underneath the complexity was different and vast.

In this conference five scholars with different relationship to the Muhammad Cartoon Crisis and its aftermath will present their research and additional scholars are invited to contribute to access the development since the cartoon crisis, whether this is issues of integration, the relationship between terrorism, islamophobia and integration, women’s right, racialization, inequality, right wing populism, or polarization.

Ten years have gone since the Danish newspaper Morgenavisen Jyllands-Posten decided to publish 12 Muhammad cartoons of the prophet Muhammad as cartoonists ‘imagined him’. The cartoons and the stories about them cost the lives of 150 people. Denmark’s reputation abroad and export to Arab speaking countries were severely impacted. In addition, it has affected the opportunities of immigrants, who experience they are being stigmatized and not fully allowed to be Danes. Many Danes have had their ideas of womanhood among Muslims re-enforced, ideas of incompatible values have been strengthened, and the debate about freedom of speech reified. For many non-Western Muslims, the cartoon story has become an icon of Western arrogance and hatred towards Islam. Their anger came from a deep sense that they are not respected, that they and their most cherished feelings are “fair game.”